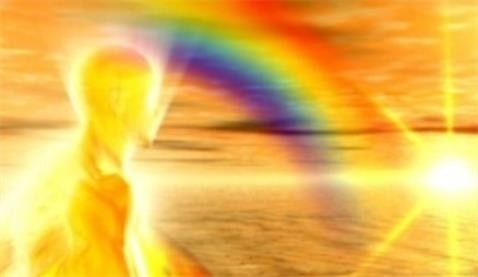 Upgrade the 12-strand DNA Activation with connection to the Golden Liquid Realms. The activation is arranged in 3 recorded videosessions.

You will get the link to the video so you can watch it as often as you like.

How is the DNA Activated:

The DNA is composed at the quantum level of scalar wave programs, these are like waves that flash on and off, but stay in one place, like a candle, so this is what your consciousness is made of: scalar waves. The idea is to turn on more of ourself by turning on more of the scalar waves that are called fire letters in our DNA.

So if your DNA is composed of scalar waves and the codes are scalar waves, do waves affect waves? Absolutely, everything that you look at affects your consciousness. From scary movies to high frequency Codes. Another example of a scalar wave code is the star of David. The Star of David ( a 5 pointed star) is actually a 12 dimensional code. So when you look at it, just looking at, glancing at it, you're doing something called optical pineal induction and that activates the frequency of the code within you.

The DNA Activation Codes are way above 12 dimensional frequency, they are from the absolute harmonic universe which is unity consciousness beyond duality; so it's like overlaying what we have, with a higher operating system, that purges out anything to stop the highest good and activates all the fire letters of the DNA, it clears reverse fire letters that create the Shadow Self. And the more you do this the more frequency you can draw and hold and thus you become expanded.